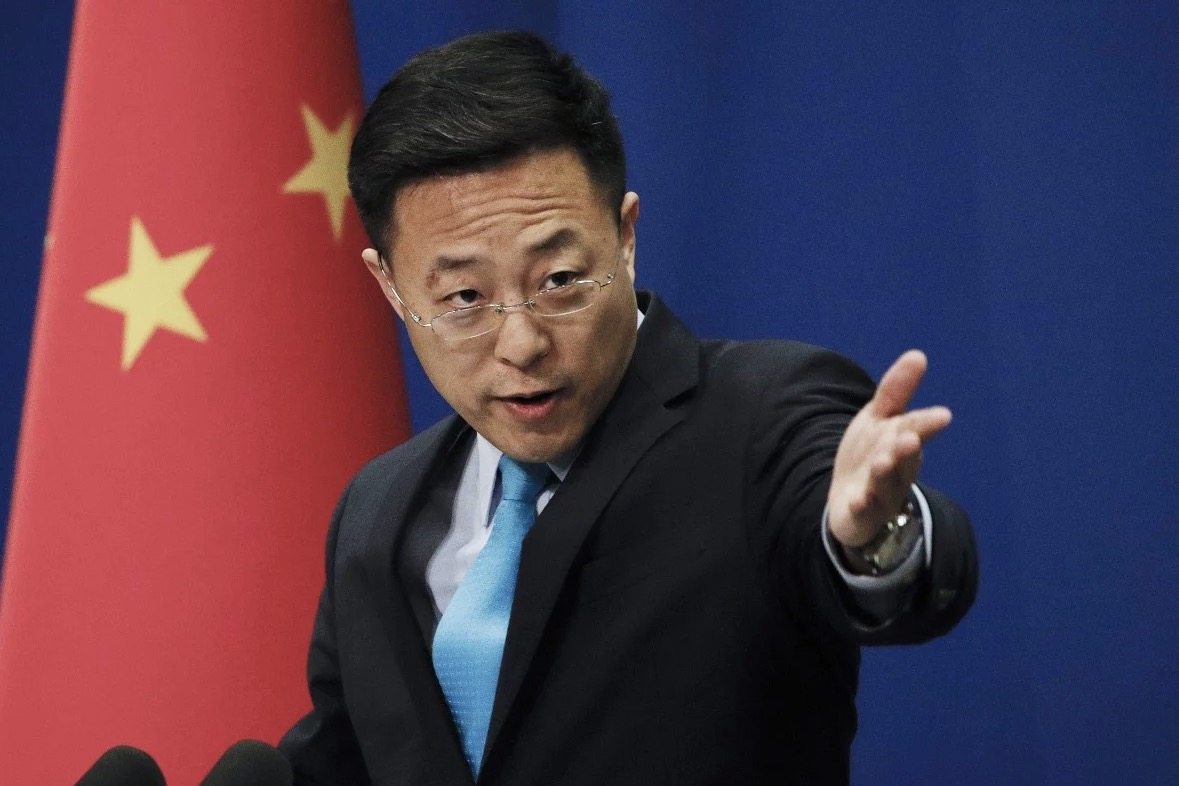 On the Technical Advancements and Instrumentalization of Rumor

Rumors are becoming more indistinguishable from truth in China. Meanwhile, the regime is wielding them as a weapon in the battle for public opinion.

Note: I've been encouraged by a person I look up to in journalism and politics to translate my previous blog article which is in Chinese. So that's what I did. The first part of this short essay is about new forms of rumor circulating in China that are hard to distinguish from hard truth. The second part is about how and, in my opinion, why the regime is employing rumor as a propaganda tactic.

I'm in no way a good writer in both languages (received no formal education of any sort in the west.) But I do want to go the extra mile to explain my little observations of the Chinese propaganda's usage of rumor to a broader audience. I sincerely appreciate it if you find this essay insightful. If you would like to discuss with me you're more than welcomed to reach me on Twitter. Thanks!

As a journalist, I deal with a multitude of information ever day. That's especially the case when facing a global public health crisis like the Covid-19 pandemic.

Quality of information matters immensely in situations like this. I want to briefly direct your attention to an opinion piece in Scientific American written by Dr. Bill Hanage and Dr. Marc Lipsitch, both great epidemiologists at the Center for Communicable Disease Dynamics at the Harvard T. H. Chan School of Public Health. They dissect and categorize different types of information.

In short, there are three categories of information about a communicable disease outbreak outbreak:

(A) what we know is true; (B) what we think is true—fact-based assessments that also depend on inference, extrapolation or educated interpretation of facts that reflect an individual’s view of what is most likely to be going on; and (C) opinions and speculation.

And of course, if I may add, there's another category of information: rumor.

Wikipedia explains rumor as "a tall tale of explanations of events circulating from person to person and pertaining to an object, event, or issue in public concern." However, in the context of Chinese language and the age of internet-driven public opinion, rumor possesses more of a derogatory meaning. It is generally used to categorize information that is not fact-based, but rather invented out of thin air or manufactured for numerous purposes—be it simply trolling for a reaction, or in some cases, targeted misdirection.

I am pleased to see that Chinese people are finally showing signs of being fed up with these baseless rumors and are more cautious than ever about their information intake. However, I've begun to see two advanced versions of rumor starting to circulate and people are still falling for them.

The first type is a forged statement that purports to have come from prestigious sources but contains baseless claims that, at first glance, sound somewhat reasonable.

One example is the rumor of "holding your breath for 10 seconds to check if you are infected with Covid-19," believed to be originated from an Indian entertainment website, claiming that if you can then it proves you don't have pulmonary fibrosis. This one, or more specifically, the Chinese translated version, had been circulating quite persistently among my Chinese friends in the U.S.

It turns out that while most Covid-19 patients don't even get to the stage of developing pulmomary fibrosis, patients with Chronic Obstructive Pulmonary Disease can hold their breath for up to 32 seconds effortlessly. In other words, being able to hold your breath for 10 seconds proves nothing.

The second version is usually half truths taken out of context and repackaged into novel pieces of news.

One example is this article I found on WeChat, claiming in its title that "the White House has been shut down" and that "Trump has tested positive for Covid-19." In this case, at least the author had the decency to clarify in the text that it's only the part of the White House open for public tours that was shut down.

Lots of different information is being pushed out from state-owned mouthpieces, independent outlets, so-called "self media" and social networks, then pushed into people's phones and then their heads. These types of rumors present readers with an ever-increasing challenge to perform fact checking and identify misinformation.

As I've said earlier, Chinese people are beginning to realize the importance of distinguishing between rumor and truth. However, these advanced rumors are manufactured take advantage of society's emotions at a given moment, tricking people into believing that they are real and trustworthy.

As China has gone through the most desperate stages of the epidemic, the rest of the world is only beginning to get a taste of what China went through. Chinese people are turning their attention to other countries, namely those currently suffering the most, like the U.S., Italy, etc.

Rumor about the world outside of China being true or not doesn't really have a material difference on Chinese people, who do not and cannot actually care more about other countries being in danger than their own being great. Nationalistic pride is so cheaply and easily manufactured these days. I don't have a study on this, but believe me: bad news about other countries, real or fake, is often exactly what many Chinese people want to hear.

As a journalist I value integrity above all else. As such, I find the manufacturing and spreading of rumor to be repulsive -- not because I don't want to give readers what they want, but because they deserve access to the truth. Note: Addressing information that isn't easily acccessible due to the the Great Fire Wall or that is intentionally omitted from reports is beyond the scope of this piece.

The Chinese people have long been deprived of the right to know—about the reality of the world they are living in. By teaching and democratizing media literacy, a lot of my peers are trying to guide readers to become better consumers of information, forming their own objective and accurate understanding of the world.

Allowing seemingly reasonable "half truths" to propagate is antithetical to that goal. These types of rumors deprive people of the right to see cleary. .

Let's move on to the instrumentalization of rumor.

In a healthy information market, rumors would be quickly dispelled by professional media outlets and the truth would prevail. But this is not the case in China, where bad information actually drives out the good due to "self media" platforms like WeChat Official Accounts and Toutiao.

In the past, misinformation has largely been harmless. However, since the pandemic started raging throughout the world, we are actually beginning to see disinformation campaigns pushed by the Chinese regime itself, causing political turmoils on a global scale.

The best example of this comes from Zhao Lijian, Deputy Director of the Information Department at the Ministry of Foreign Affairs of China.

Zhao is essentially accussing U.S. soldiers of bringing Covid-19 into Wuhan when the city hosted the Military World Games last year. Here's why I find this to be so outrageous:

On Feb 23, Zhang Dingyu, Dean of Wuhan Jinyintan Hospital, which took in five U.S. athletes sick with a communicable disease during the Military World Games, told fact checkers at the Beijing Association for Science and Technology (a government-affiliated organization) that all five patients were infected with malaria, not a coronavirus. In a sense, Zhao Lijian, acting in his own or the MFA's capacity, pushed a conspiracy theory that the Beijing Government had already refuted.

But that's not all. Back in late January, a Chinese citizen from Inner Mongolia posted a self-recorded video on social media in which he claimed that "the pneumonia outbreak is the result of the U.S. using genetic weapons in China." He was detained for 10 days and fined 500 Yuan for this. Guancha.cn, which is believed to be affiliated with the central government, picked up the news on Feb 9.

It hurts my brain to find a logical explanation for MFA's deployment of this conspiracy theory after 1) it's already been refuted by a Chinese government institution and 2) someone has been arrested for spreading it. Luckily, I managed to find one.

I would argue that rumor is being instrumentalized by the regime to push a diplomatic narrative that China is not taking the blame for the global Covid-19 pandemic, as well as creating optics through which a favorable domestic public opinion enviroment is projected.

I used the term “被工具化” instead of just “工具化” in my original Chinese version of this essay, as I explained that adding “被” more accurately illustrate the point I'm trying to make here, which is:

The manufacturer of this rumor may or may not have wanted to achieve any serious goal with it. However, it is often another group of people, in this case the regime, that gave the rumor a larger meaning by magnifying and amplifying it.

As I've stated earlier, Chinese people are shifting attention from domestic Covid-19 affairs to the rest of the world. Through weeks of devastating sacrifices of its people, China has come out now as a prideful survivor, eager to prop up its national image, advertise the whole-nation system's proven effectiveness against a public health crisis.

While promoting ones own efforts, it doesn't really hurt—actually, it helps to launch a disinformation campaign against your enemy to demonstrate to your people how great their nation is. It makes them feel more than ever like they are innocent victims in this pandemic and strengthens their bond with the regime. This is exactly how nationalistic pride and public opinion work in China.

In the hands of the right people, baseless rumor is not only useful. It works like a charm.

That covers the bulk of the essay. In the original Chinese version I also included a little call-to-action to Chinese readers on dealing with disinformation. I'm going to include it here because I think people outside of China should hear it. With that said, as readers from the rest of the world where press freedom is largely protected and media literacy is generally higher, your mileage may vary. Here it goes:

When dealing with these technically advanced, instrumentalized rumors, we need to develop a heightened sense of awareness. We need to be cautious of information that claims to have endorsements from so-called experts and even the government. Even information that seems perfectly legitimate at first glance can be false.

We need more people (preferably with multilingual abilities and professional expertise) to venture beyond the Great Fire Wall to do more fact-checking and spread the word. We need to be conscious not to repost reports before they are confirmed.

We aren't born with the ability to distinguish between rumor and truth. Media literacy can take years, if not decades, to train. Rest assured, it will be worth our while. I would argue that if a large enough proportion of society gained a good sense of media literacy, the cost to manufacture and spread rumor would soar. If more of us can see these rumors for what they are—disinformation campaigns devised to deceive and mislead-then the creators' reputations would be decimated. We might even force the regime to rethink their strategy and start treating people's intelligence with decency.

Only then can we finally start to enjoy a stream of information of the quality we deserve.